We had a couple of days in a row above freezing, this normally would not make me move the cattle off the snow covered pasture but they have taken to standing on the frozen pond, drinking the thawed water off the pond surface. Since I don't have life preservers it was time to move them into the corral, I could have moved them to another part of the farm but the snow is so deep it would take a lot of tractor time to clear the snow. Now counting bales, have to ration from now on as they probably won't hit pasture until end of May, need 6-8 inches of grass before they go out. 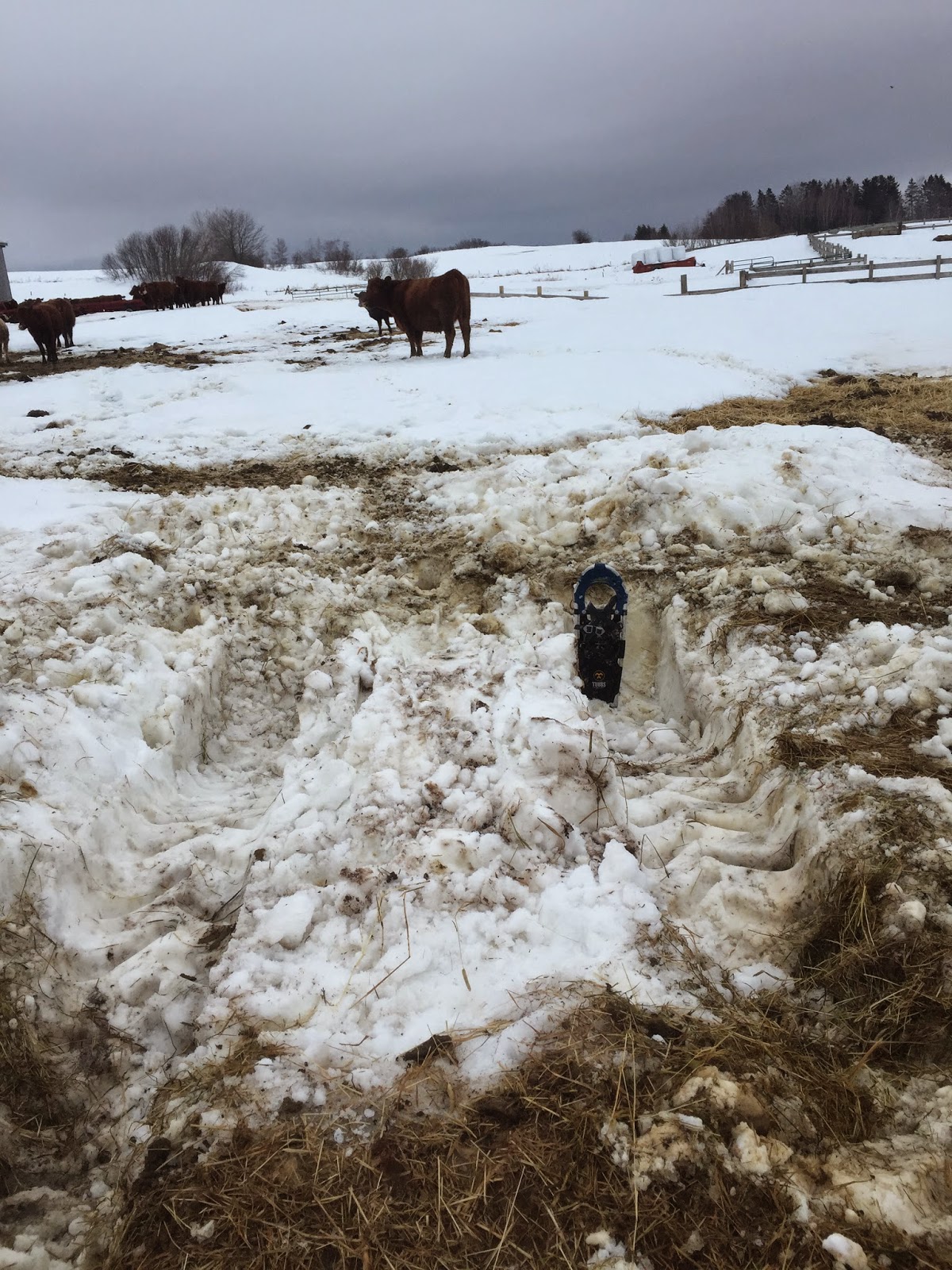 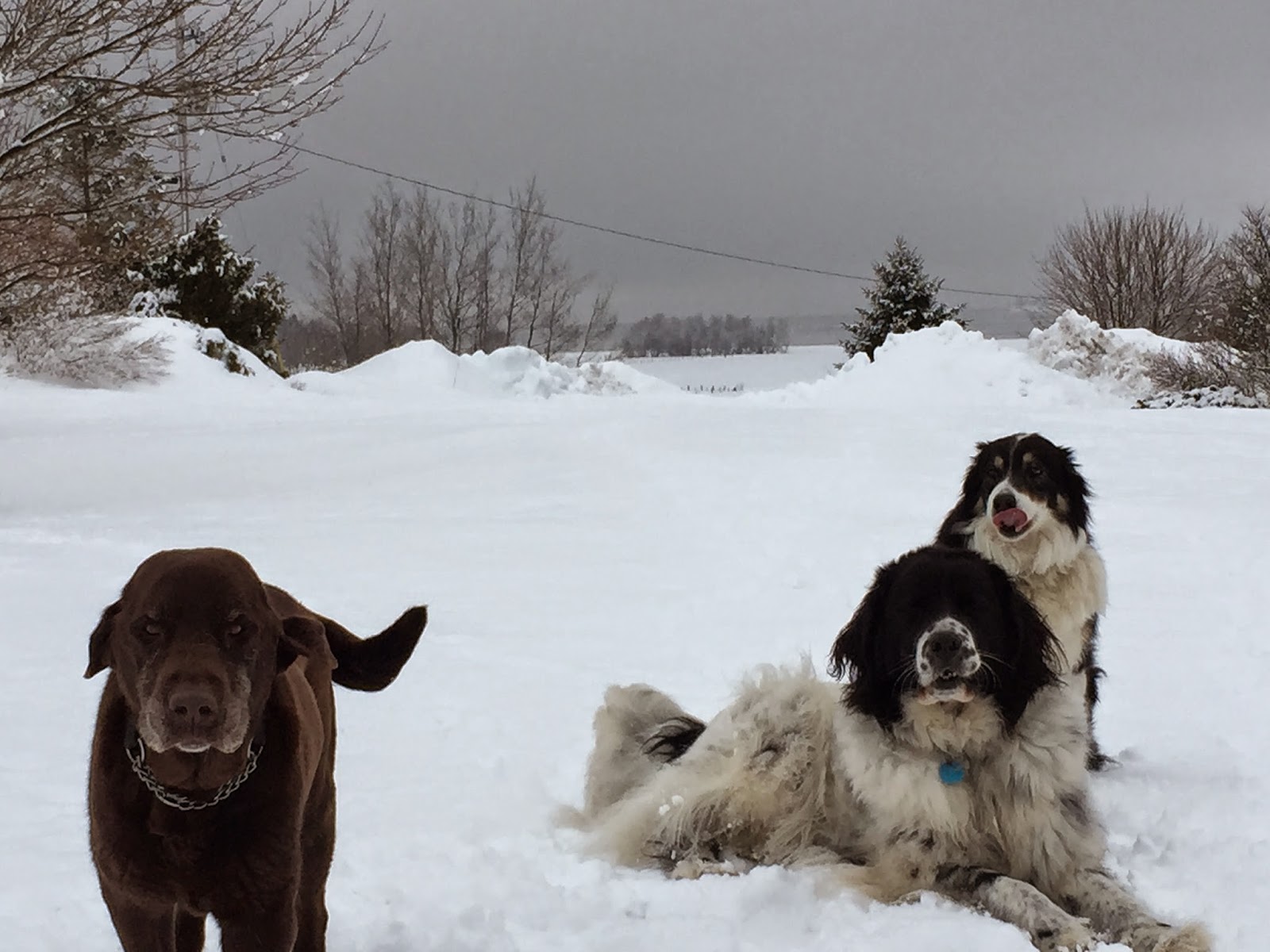 I need to transport my new bulls to the herd, lane way is open to tractors but not truck and trailer....can't keep them where they are much longer. Ground beef supply should be ok for another 4-6 weeks, cows 338 and 341 will be destined to go as they may not last another winter. Overall cow condition has remained pretty good despite the winter ( the worst in living memory).

Items that caught my attention this week
Canadian Food Inspection agency is reducing food inspectors in meat packing plants but keeping the same number in meat plants that export to the US.
Importers of Canadian wheat are complaining about the drop in quality since the Canadian Wheat Board was dismantled by government.
The aggressive and litigious Montsanto are complaining to the World Health Organisation about Roundup being classified as probably carcinogenic following a scientific review by WHO.

The above is irrelevant to Starrs Point Steers customers but you can draw your own conclusions or more likely confirm your suspicions re industrial agriculture and their government supporters.